2017 has been another busy and momentous year. The Brexit referendum seems a very long time ago now, way back in 2016, but the events of 2017 have certainly fallen within its shadow. This post looks back on some of the big events of this year, mostly within a countryside context, as well as reflecting a little on life closer to home.

To start with, here’s a quick round-up of some of the events that took place this year:

Donald Trump was inaugurated as the 45th President of the United States (1 down, 3 to go…) and Bernie Ecclestone was removed as the boss of Formula 1.

North Korea undertook a ballistic missile test, which rather set the agenda for the year so far as the Korean peninsula was concerned.

The very first Cycling and Walking Investment Strategy was published. This, whilst not really a headline, was a bit of positive news for urban and rural communities alike.

President Trump announced that the US would pull out of the Paris Climate Accord.

UK General Election – Conservatives lose their majority in the House of Commons.

Michael Gove appointed as Defra Secretary (6th in 7 years). Initial shock within conservation circles but Gove’s record so far has shown him to be ‘on the side of the environment’.

France announced it will ban petrol and diesel cars by 2040.

Giant iceberg broke away from Larsen C Ice Shelf in Antarctica, about 6,000 sq km in length.

Usain Bolt ran his last race at the IAAF World Championships in London.

Hurricane Irma – the most powerful Atlantic Ocean hurricane in recorded history with winds of 185mph.

Plastic polystyrene rubbish discovered for first time only 1,000 miles from the north pole by international team of scientists.

Independence declared in Catalonia from Spain.

Coup in Zimbabwe leading to demise of Robert Mugabe.

Tens of thousands of homes continue to be built across Britain, albeit only a minority of these being ‘affordable’. Housing (and general population) continues to be an issue in Britain and the countryside landscape (especially areas on the borderlands with towns and cities) will continue to change in the near future. The Green Belt is safe for now, with the Chancellor Philip Hammond backing down from former plans to release some Green Belt land for housing in the Budget, perhaps as a result of a CPRE campaign which attracted the support of more than 10,000 people who wrote to MPs saying how much they valued the Green Belt.

In July the Lake District National Park was listed as a world heritage site by UNESCO. This seemed to be a landmark moment for Cumbrian sheep farmers especially, an official marker of the way that sheep farmers have shaped the landscape of the Lakes for generations.

Fly tipping was regularly in the countryside and farming press. From large dumps containing lorry loads of waste organised by criminal gangs to small car loads of rubbish tipped by people simply trying to avoid going to the tip, landowners across the country have suffered from this blight on the countryside. On our own farm in Essex we fell victim to a bout of flytips, particularly in the spring and summer. The message that it is unacceptable gained greater traction over the course of 2017 but there is still a long way to go. The CLA have lobbied that it should not be completely up to the landowner to remove the waste, but I think it will be a while before the law changes. What is needed most is social and cultural change. It’s up to all of us to pressure each other so that those who are committing this crime can be found out and made known that it is unacceptable.

Another wave of rural branches of banks closed this year. Earlier this month Royal Bank of Scotland announced it would close a further 250 branches in rural areas in 2018. Rural broadband needs to drastically improve if banks wish more people to use online banking in the future.

Badger culling expanded in England this year in the government’s attempt to curb the spread of bovine TB. In September a further 11 areas were added to the list of places where badger culling is permitted. The total now stands at 21. The license allowed badgers to be shot until the end of November. Defra’s target for culling was 22,000-34,000 badgers. Efforts for vaccinating badgers increased alongside the move to cull them, especially in ‘edge areas’. Badger culling was also introduced in Wales for the first time.

In Germany it was found that 3/4 of flying insects in nature reserves have disappeared over the past 25 years. See this.

For farmers 2017 has been a year of uncertainty in the light of Brexit, delayed payments from the Rural Payments Agency and difficult weather conditions.

In the spring Britain experienced its driest  March to April period since 1995 with just 47% of its average rainfall for April according to the Met office. This resulted in lots of farmers having to irrigate crops in the East of England and South East. The weather continued to cause difficulties in the summer. Harvest 2017 began optimistically, with an unexpected dry spell in June, resulting in the combines heading into fields earlier than normal. However, a month later the tables had turned and rain ruined prospects for later maturing crops. It was a story of generally high yields but poor quality. Oil Seed Rape seemed to be the star performing crop, with average yields up 26% on 2016.

In terms of farmers’ chemical options it was a year of tension for many arable growers. The license for glyphosate came very close to not being renewed in Europe, although in the end it was granted another five years. When it comes to neonicotinoid seed treatments, Gove has pledged support for a wider ban on all crops – something for farmers to be aware of moving forward. This is perhaps unsurprising, especially in the light of the German study into the reduction of insect biodiversity.

The NFU declared 3 pillars of priority:

The CLA favoured a system of ‘Land Management Contracts’ which would focus on providing public goods.

This was also a year of focusing on mental health in farming and farm safety campaigning. You can continue the discussion on twitter by using #FarmerMentalHealth or #lensleg

In my personal world 2017 has been fast paced and very busy. My year began with a visit to the Oxford Real Farming Conference and the awards ceremony at the UK Blog Awards – a real honour. The blog has grown over the year with readership more than tripling! Thank you very much to all of you who have supported it over the course of the year. I have endeavoured to publish more regularly in response to feedback from you all and I’m now including a greater number of guest posts. The #MeetTheFarmers podcast has grown alongside the blog and I’ve had some brilliant chats with farmers across the UK. They are all inspiring individuals with some interesting back stories and I hope to take their inspiration and advice and improve myself professionally and personally. I already have some exciting plans for new episodes in 2018 – watch this space. Earlier in the year Holly Betts began her ‘seasonal recipes‘ on the blog which have been very popular. I’ve also endeavoured to continue with regular book reviews, appraising books published both in the near and more distant past.

Away from the blog I’ve published work in The Guardian, Earth Island Journal, Organic Farming Magazinea, The Countryman, Stir to Action and Farmland Magazine, and now regularly write for Countrysquire Magazine. I’ve guest blogged for The Sustainable Food Trust, Green and Growing, UK Blog Awards, A Focus on Nature and Flora Beverley.

Earlier in the year, following the culmination of my project working with Bristol University and the National Trust, I returned to my family farm in Essex and it’s been a year of steep learning curves and getting to know how the business works. One of my main projects has been putting together the farm’s countryside stewardship application, which we were thankfully successful in and it begins tomorrow! Next year will bring lots of exciting challenges including getting some cattle, sheep and taking our sea buckthorn crop to market.

Some highlights of my 2017 include completing the Suffolk Coast Path with my good friends Jono and Maxim, listening to nightingales at Fingringhoe Wick nature reserve, organising the #FarmEnviro30 event for young farmers and young naturalists at Loddington and attending the UK Blog Awards. 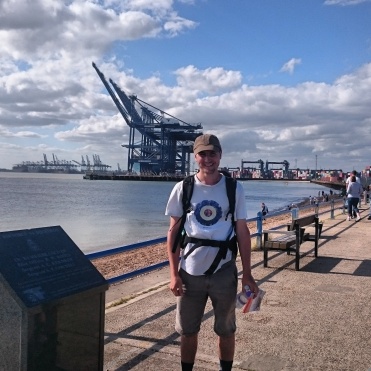 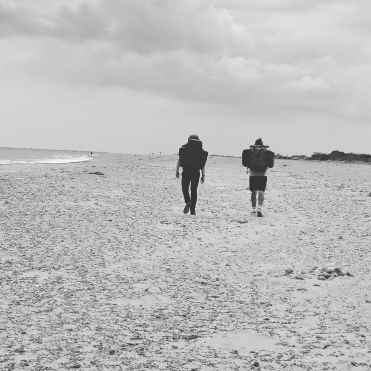 There has also been some sadness in the year, with the passing of my grandmother, after years of suffering with Alzheimer’s, and also of my aunt. I will always think of you both. Thank you for the happy memories.

I continue to be blessed with lots of wonderful friends, a hugely supportive and understanding girlfriend and a very close family – I couldn’t get by without you so thank you!

In March I published a number of guest posts as part of a Marine Conservation series . With Blue Planet 2 released by the BBC Natural History Unit later in the year, 2017 felt like a landmark year for moving forward with marine conservation efforts. Fantastic schemes such as the #2MinuteBeachClean have expanded, engaging more people in the need to improve the state of the marine environment.

Wishing you a very happy new year, thanks for the support in 2017 and I look forward to seeing you in 2018 for another packed year of thinking about countryside, farming, conservation and sustainability issues.

One thought on “The Thinkingcountry Countryside Review of 2017”