Like most British people I drink tea; a lot of tea. In fact, I have a full cup of tea on my desk right now as I type this post. Elsewhere on the desk sit three additional mugs, now empty but contained tea not so long ago.

Taking tea is a basic part of our society and culture in Britain and asking someone’s preference for how they like their tea is simple required etiquette. It is a brave person who goes ahead and makes a cup of tea without asking the preference of the eventual drinker, unless the maker knows for sure what the answer will be. For the record, I like my tea relatively strong with a small dash of milk; definitely no added sugar. Sometimes I will drink herbal teas (or should that be infusions?) but my standard behaviour is drinking a cup (or more usually mug) of ‘builders’ tea, sometimes referred to as ‘gardener’s’ depending on mood and time of year.

However, I rarely think about the way in which I make it and the impact I might be having.

Like with most things, especially the things we consume or use every day, it can be difficult to think about or accept the ethical or environmental implications of what we are doing. Tea, like everything else has an environmental footprint. 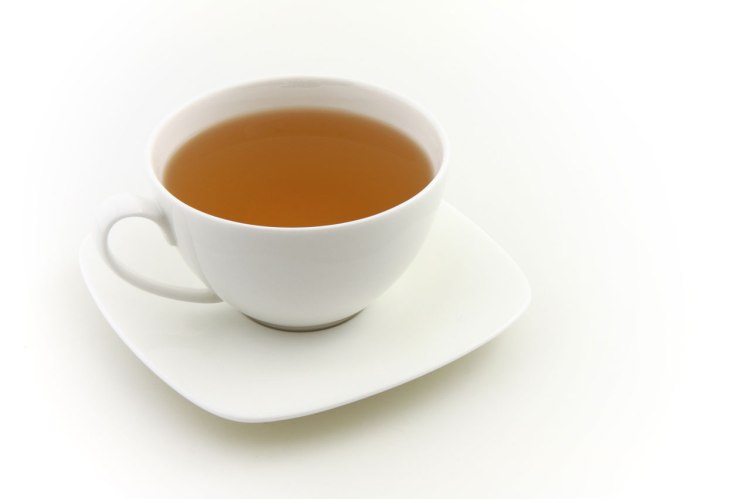 Tea starts with the plant called Camellia sinensis which thrives in areas with acidic soils and heavy rainfall (upwards of 40 inches per year). It is grown in around 40 countries worldwide and the largest plantations are in Africa, Asia and South America. The four most significant tea producing countries are China, India, Sri Lanka and Kenya (around 75% of global production between them).

The most obvious marker of your tea’s carbon footprint will be the way it has been grown, processed and how far it has been transported, but packaging and the way you take your tea also have a significant impact.

The carbon footprint of a cup of tea (black), using only the water you need is 21g CO2e. That means that four cups of black tea per day equates to 30kg CO2e per year, equivalent to a 40 mile drive in a car with average emissions.

If you have your tea white, like me, you have to be prepared for the carbon footprint of your cup of tea to increase. This stands to reason as you are adding milk. In fact, the carbon footprint more than doubles to 53g CO2e. This isn’t quite as bad as if I were making three large lattes each day which would be 340g CO2e per latte, equivalent to flying half way across Europe once a year. Nonetheless, milk has an impact. As a supporter of dairy farmers and a milk drinker this makes me feel a little uncomfortable but we can’t ignore the stats. 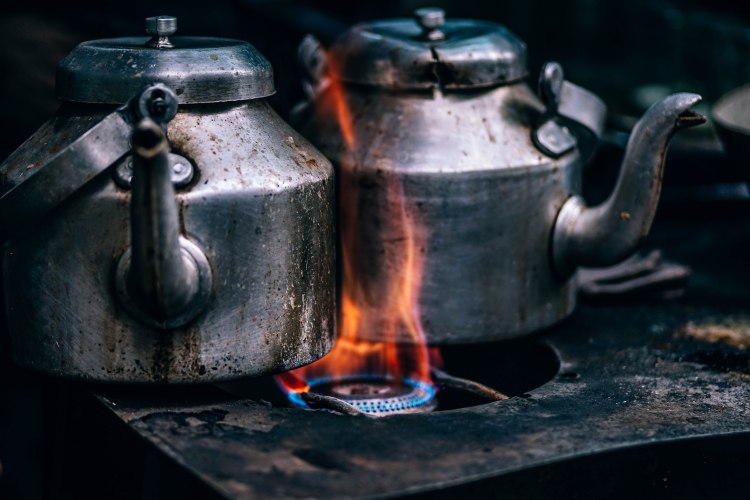 The other thing to be mindful of is how you boil the water. Overfilling the kettle could add significantly to the carbon footprint of your cup of tea. A tip would be to measure the amount of water you need first by filling up the cup or mug and transferring this to your kettle. If you boil the kettle on a stove as opposed to using an electric kettle, all the better, as electricity is quite an inefficient way of producing heat, mainly due to inefficiencies in power station production and transportation of energy.

How therefore can you be a more eco-minded tea drinker?

Here are a few suggestions for you to consider:

Now, go and put the kettle on and enjoy a warming cup of tea. For me, it will always be a hug in a mug, but I’ll try to be more conscious of how I make it from now on.