Thea Powell is an ecologist and conservationist, currently working to predict and mitigate against flood risk. She grew up roaming the South Downs and is now a postgraduate ecologist. After five busy years in central London and at Silwood Park, she’s back in the countryside – near the Brecon Beacons, and travels all over the UK. Her main marine research experiences have been based in Indonesian and English waters, and her long-term terrestrial research (working in NGO communications and field work) was in Central Kalimantan, Indonesian Borneo. With a focus on animal behaviour and tropical forest/peat forest ecology, marine biology has always been a passion for her. She blogs at ecologicalpie.wordpress.com and you can find her on twitter @Thea_124

Obviously all jobs require effort – and the effort that goes in to scientific research is particularly noteworthy. It makes sense that extra effort and sacrifice are required for perhaps all human endeavors that entail actions beyond our basic instincts (i.e. to survive, procreate, extend the family line, etc.).

Marine conservation requires huge effort. I think few people acknowledge what is needed to understand and ultimately to protect the oceans’ ecosystems, habitats and species.

Just the shallows of effort (to get you thinking) 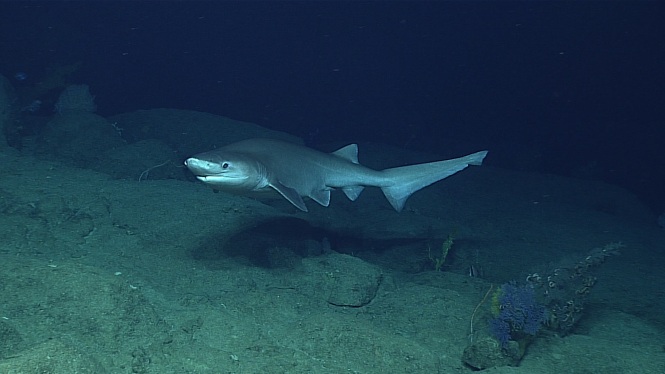 I can’t emphasise enough how important this is in conservation. Obviously, to understand any animal or plant or chemical that’s easier to survey at night, people might need to change their sleeping cycle – often deciding to gain time by writing in the day and spending the night in the field. (Hint: this is not a good idea). A famous example would be watching the hatching of turtle eggs in the sand in moonlight, watching the hatchlings struggle towards the sea. Early mornings also come into play when tracking individual animals that you need to follow, which move location in the day. In this case, you have to find them when they are sleeping (e.g. at 3am), before they wake up! 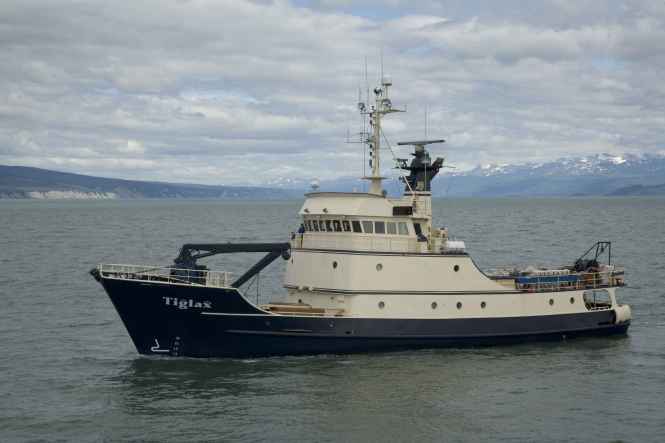 Of course, researching the ocean will often mean living on a boat. That means coping with all weathers, set menus and crowded spaces. Obviously these don’t sound like a massive effort, but if you’ve been with the same people 24/7, for some time, food quality and quantity and personal space start to become important! Connections with society can also be tricky (e.g. no wireless, no phone signal, infrequent chances to feel connected to wider communities (or dry ground!)) – which can mean people can feel isolated, lonely and generally grumpy. This is especially true when the science is not going well, which could be caused by bad weather, and so a vicious circle begins!

This is added to a whole other mix of problems and pressure (literally) in such situations like deep sea exploration: http://tvblogs.nationalgeographic.com/2012/04/26/dangers-of-deep-sea-exploration/

Marine creatures can be pretty fast, dangerous and hard to find – and even harder to keep track of when they want to be left alone. Nematocysts – present on many types of sea species – cause a whole host of problems for those wanting to observe and handle marine species. No matter what you are sampling, a jelly can float by at any time and leave a nasty sting. 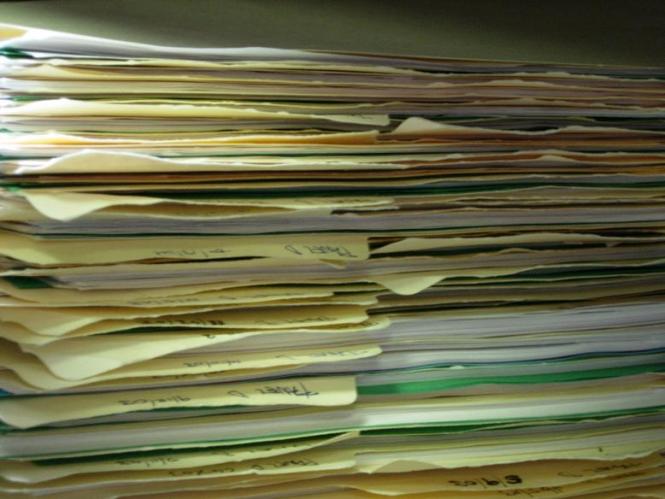 This can include policy and governmental paperwork from all over the world if you’d like to study a global species (think BIG piles of paper, and even longer waiting times). Also, of course, the weather can really hinder progress and has been known to cancel trips despite a year of planning! Finally, possibly the biggest delay in learning about our oceans will be a theory that might well be true, but the question remains unsolved due to statistical analysis giving no significant results. The ominous ‘too many zeros’ and no-shows by study species are all too frequent (after all – we can’t even stay underwater and watch them for 24 hrs a day!).

From airport catastrophes, broken equipment, equipment eaten/attacked by your survey species, sunburn, fire coral burn and near death experiences, there are so many stories from myself, friends and peers which showcase when marine research has needed that little extra effort. I’ve chosen just two which have helped my friends to become better scientists (they say in retrospect) – and they still work in marine conservation! 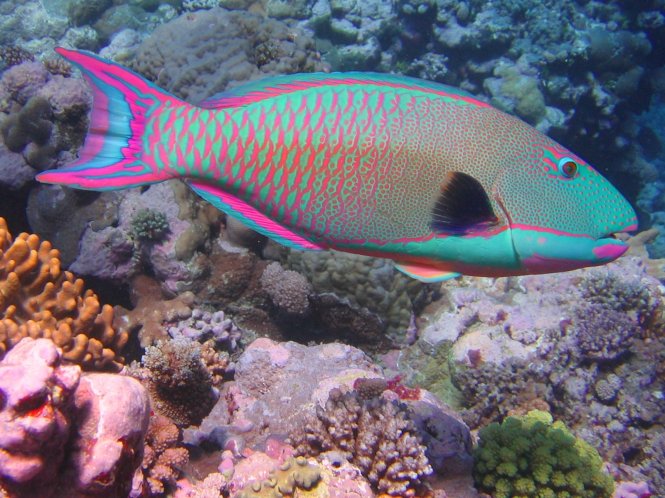 During my own research in Indonesia in 2010, I was proud to see a friend of mine working on a report about parrot fish behaviour. He was truly dedicated to collecting accurate recordings, scuba diving every day as much as was possible (considering decompression time). Unfortunately, the Scaridae individuals weren’t so keen to be watched, and as they are quite a large, strong sub-family, they swam away from him – very fast. The fish proceeded to avoid him getting anywhere near them all day, every day. For the other researchers spending time on the reef, we would watch a parrot fish swim past, quickly followed by him, quickly followed by his support field supervisor. It made for quite a repetitive funny sight, straight out of scooby doo or something similar. Now when I imagine it, a soundtrack goes round in my head. The only time they got close, at a slow enough speed to take notes, their air would run out from all their fast breathing and exercise (heavily frowned upon when diving!), and they’d have to surface and give up for a few hours. So much for relaxing coral reefs! 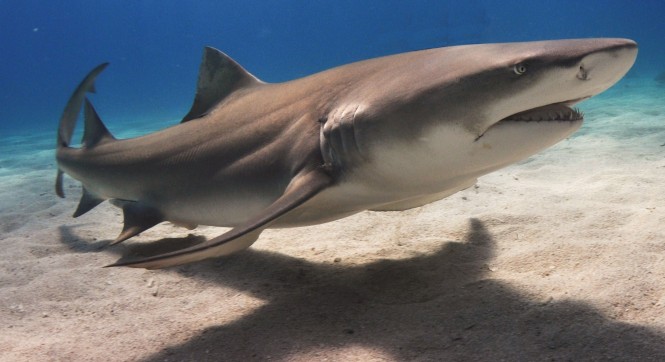 In the mangroves of Bimini, a friend of mine and her team researched baby lemon sharks, contributing to a data set compiled over 20 years, providing insights into their movement and biology. This is already a fantastic research achievement in itself, but still the project continues, improving and lengthening the fantastic long term data set. Every night, three teams set out roughly three, 300m nets in different locations out from the Mangroves in shallow water. Mangroves are amazing places with unique biology and I highly recommend visiting them. The teams waited and checked the nets regularly or whenever they heard a splash. The baby sharks were then gently and safely removed from the nets, and taken in sea water to a fourth team who would then take measurements, samples, weight, check and tag the sharks, recording all data and notes. The process continued for 12 nights split across 2 different nurseries (locations where the sharks collect at night). Over the 12 nights, the whole tidal phase could be covered, sampling the youngsters at night when they are most active. In general, team work allows a single person to conduct work on three nights in a row, with one-night break, then three more, followed by a week break, then repeat – but sometimes things change if extra hands are needed or the weather changes the plan! The project uses isotopes, DNA, and listed data, surveying around 200 juvenile sharks annually! This is a huge amount of effort, but very worthwhile. Long term data sets are exactly what we need to ensure we manage our seas effectively for the future.

I hope some of the topics here help grow respect for the thousands of researchers out there, and gets you curious in life within the big blue. Despite the effort needed, I very much hope to be out researching marine mammals, fish, coral and plants again soon!