One week has, rather predictably, not been enough to do justice to the subject of soils. Nonetheless, I hope I have been able to trigger an interest among some of you and have inspired you to find out more. I will certainly return to the subject in the (near) future but this post is the last in what has been a very enjoyable series to put together.

The subject for today – soil biology.

By this I mean not only the earthworms and larger arthropods that are visible to the naked eye but the microscopic community that can be found within the soil – the fungi, protists, bacteria – and the smaller nematodes, arthropods, springtails and mites.

Please bear with me as one blog post is (again) barely enough space to cover the subject. It is intended as an introduction only and I will try and return to the subject, looking at each in more detail.

There are billions of organisms to be found within a spadeful of soil and once you start looking under the electron microscope it comes to life. You are given a small insight into this gloriously complex, ‘otherworldly’ place. And, it is beautiful. 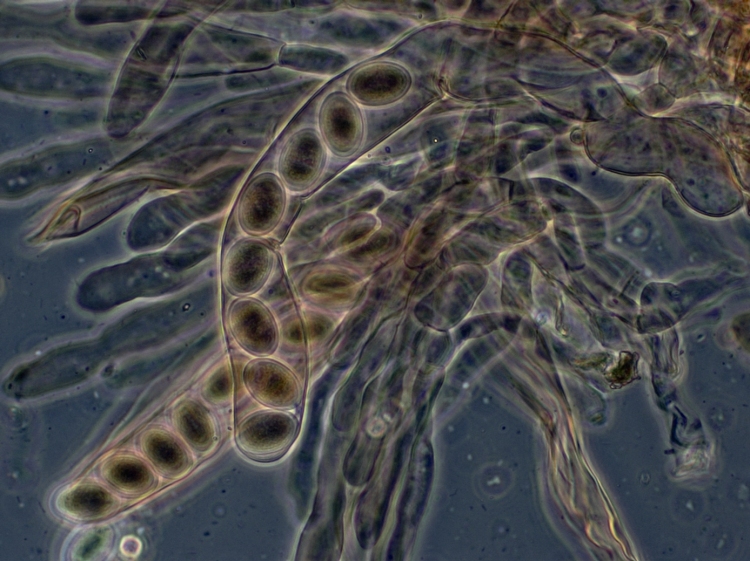 Traditionally, soil organisms have been divided (in terms of taxonomy) into micro, meso and macrobiota.

Let’s take a brief look at some of these organisms…

Bacteria and the nitrogen cycle 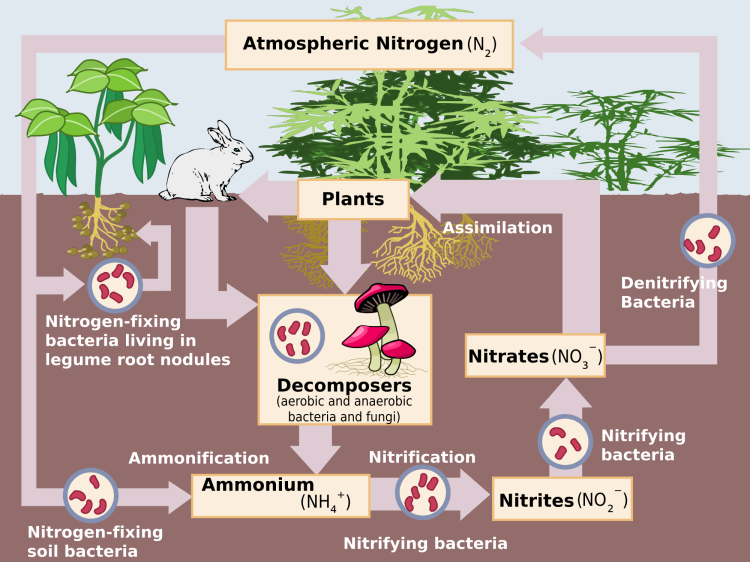 Nitrogen is released from decaying plants in the form of ammonia.

Ammonia in the soil is converted into nitrite by certain soil bacteria that live in symbiosis with leguminous plants. These are known as Nitrosomonas. The nitrite is taken by another group of bacteria – the Nitrospira – and converted into nitrate (nitrification).

Nitrogen is also fixed by free living bacteria known as Azotobacter and Clostridium – they require considerable quantities of decaying plant residues as a source of energy and work under anaerobic conditions.

They are distinguished by the way they move:

Macrofauna (anything bigger than 1cm)

The principal impact of the macrofauna (earthworms, millipedes, centipedes, ants, termites) is to mix the soil (bioturbation). This has a significant effect on soil formation. The burrows of earthworms aerate the soil, andincrease the stability of soil aggregates, assuring ready infiltration of water and improving drainage.

Earthworms are fascinating (Darwin was particularly fascinated by them).

Soil organisms require organic matter, a relatively stable pH, ample pore space and relative saturation. We should question whether we are really doing enough to support this ecosystem?

I hope this has further inspired you to look more at soils and see them not just as a resource but a highly complex habitat.

In future, I will look at how practices such as cultivation impact on the soil and soil organisms.

For now though, have a great weekend!

One thought on “A brief introduction to soil biology”