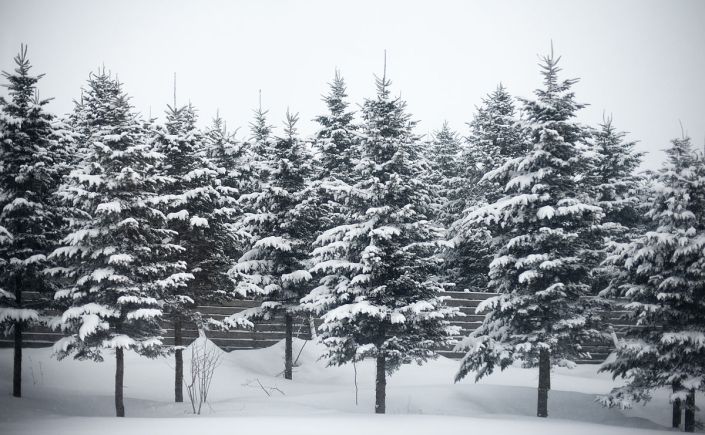 We live in times of division: wars and terrorist acts declared in the name of religion, Brexit splitting the UK down the middle into ‘Remainers’ and ‘Brexiteers’ and extreme inequality dictating the haves and have-nots. Uncertainty seemingly rules the roost, with nobody able to second guess where the political and social framework of the world is heading. In the British countryside, behind the mirage of twee cottages, perfect close communities and idyllic family farms we see businesses struggling to survive, drug abuse, rural crime, pollution problems, flytipping, homelessness, mental health issues, young people unable to get on the housing ladder and being forced to move away, farmers brought to tears through the harrowing impact of Bovine TB and families watching their homes tumble over the cliff as the sea erodes the coast, .

This is perhaps not the image we want to think of this Christmas, as we sit down with our families and friends, opening gifts around the Christmas tree or tucking in to a delicious meal around the dining table. However, part of Christmas for me is about reflection. We live in a troubled world, but it’s also important to remember that we aren’t helpless within it. In our own worlds, however disconnected from ‘the big stuff’ we may feel ,we can make a difference. Kind acts can speak a million words. I see the role of this blog as partly raising awareness of issues across the countryside so we can all be better informed as we move forwards. This pretty much describes the role of the media generally (at least I think it should; it arguably doesn’t some of the time in certain aspects of the media). It is up to us to act accordingly after this. Personally I know that I could do a lot more, both from a ‘people’ perspective and a ‘wildlife/climate’ perspective. New years are about new beginnings and let’s make this Christmas one of reflection before we move forward into this new year ahead. Let’s think about how we might be able to slow our lives down and make small changes that help others, help wildlife and help the planet. I think when it comes down to it, and we do these acts, we find much greater satisfaction in them than we might in doing other things. There is a huge amount to be said for selflessness, and it’s something that our society doesn’t encourage enough. If we think of others as we would like to be treated ourselves and care for the environment around us, this simple outlook would change the world.

I therefore wish you a very happy and peaceful Christmas. I hope that you can share it with the people that you love around you and are also able to take some time to reflect on the past year and look ahead to the next one. Christmas is a time of hope, of new beginnings, of new life, and despite the troubled world we find ourselves in there is still much hope out there and huge prospects of joy in the future. It’s often small acts that have the biggest impact. If we can all do more of these small acts, our own worlds will be happier, healthier, kinder and better for us all.