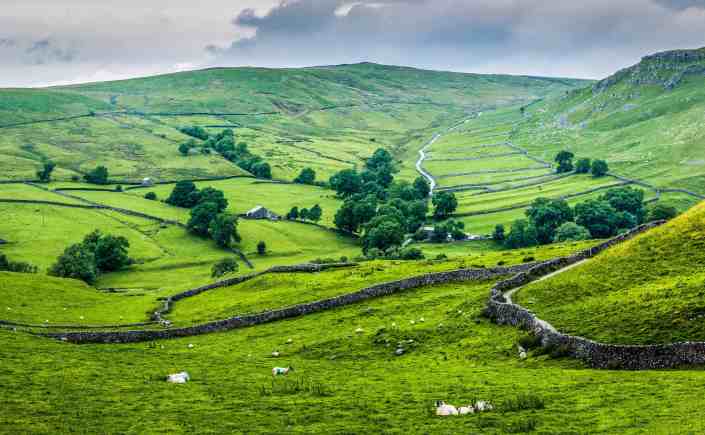 Hindsight is a wonderful thing, and that’s why I enjoy writing end of year posts. What’s done is done and you can look forward to a new year which you can hope will bring the promised land, even though experience teaches us that every year is a rollercoaster in its own way, with troubled times as well as joyous moments. The trick is to ride through it all, and appreciate the present; easier said than done, but important nevertheless. If your life is anything at all like mine, the end of the year will be a busy one, with relatives and friends to catch up with and presents to buy and wrap on top of the usual duties, in my case on the farm or tapping away on the computer keyboard, planning the weeks and months ahead. This year hasn’t ended well for me, with a throat and ear infection which has left me without a voice. Thankfully it stayed just in time for me to record my final podcast episode of the year yesterday (out soon), and hopefully it will be gone by Christmas. It’s also very, very wet at the moment which is slightly worrying from a sheep point of view but we’ll get through it somehow. We’ll have to.

Before I delve into the events of this year, I want to say thank you to all of you, both readers of the blog and listeners of the podcast, for sticking with me through thick and thin over the past 12 months. I might not have been explicit about the details but it has been a challenging year for me on a personal level so I have been unable to do as much with the blog as I might have liked; the people closest to me know the reasons why. Despite this, thinkingcountry seems to have gone into overdrive with reading stats doubling compared to 2017. Hopefully we can grow it even further in 2019, getting the message out about countryside issues, news and views to an even broader audience.

Thank you for the letters and emails of support on a raft of issues. They have meant a lot. In fact it makes the whole blog worth doing when I hear directly from readers. Thank you also to all of you who do incredible work in your various fields across the countryside. Thank you to my fellow podcasters and rural/conservation/wildlife/farming bloggers out there and I wish you all the absolute best for 2019! (Will Evans over at Rock and Roll Farming; The team at Farmerama; Nigel at Indie Farmer; Katie Anderson, Emma Lander; Matt Williams at the Wild Voices Project; Katie Smith at woesofwellies.com ; Mya-Rose Craig aka Birdgirl; Dara MacAnulty at Young Fermanagh Naturalist; James Common at commonbynature.co.uk ;  Rob Yorke ; … these are to name just some … there are many more names I would love to include but this post would be much, much longer if I did!).

I cannot tell you how much I enjoy reading and writing about the latest countryside news and find it a privilege to meet some incredible people along the way. It renews my faith in the world.

The end of February and beginning of March saw blizzards and freezing temperatures across Europe. In the UK Storm Emma collided with the cold air, impacting on the whole country but particularly Scotland and the north of England. In Oslo temperatures rarely rose above -18 degrees from 26th February to the 1st March. I will never forget the drifts in north east Essex. Fingers crossed I don’t see the same again this winter!

Europe experienced an extreme heatwave in July, with temperatures as high as 45 degrees celsius in Portugal. May to July was the hottest three month period on record in the UK.

From May to October India was hit by a series of devastating floods. In Kerala, in August, 361 people lost their lives and 5.4 million people were affected in some way.

In November California experienced the worst wildfires in its known history with the main fire (Mendocino Complex Fire) covering 460,000 acres. When added to other fire issues over 1 million acres have been decimated this year. Ryan Zinke, the US Secretary of the Interior, unhelpfully blamed the fire on ‘poor forest management’.

History was made back in February as Minette Batters became the first woman to be elected as President of the National Farmers Union.

The Ag Bill still has a long way to go on its journey through the Commons and the Lords, and is frustratingly in the shadow of the Brexit process currently, but this will be a key piece of legislation once it goes through, shaping perhaps a whole generational context in the countryside.

In August the National Federation of Young Farmers Clubs took the decision that it would no longer hold their annual convention in Blackpool due to ‘a bout of anti-social behaviour’ at the event.

Regular readers will have noticed that the #FarmerMentalHealth campaign has really been ramped up this year and I have been thrilled to see similar campaigns taking flight, such as Farmers Weekly’s Fit to Farm Campaign which is all about encouraging farmers to look after their mental and physical health.

It’s easy to forget about now, but back in January the Government published its long awaited ‘25 Year Environment Plan’. The plan, whilst it should be applauded generally, was very low on detail and it was clear that no action would be taken in a hurry.

Talking of slow action the latest Climate Change conference took place in Poland quite recently. The main thing that was taken away from it was agreeing the ‘rulebook’ set out at the Paris Agreement back in 2015. It detailed how governments will measure, report on and verify their emissions-cutting efforts. It can still be questioned whether individual countries are doing enough. At the moment it’s looking like we are set, on the current trajectory, to be heading for a rise of 3 degrees, which scientists claim would be disastrous in terms of flooding, droughts, agricultural productivity and sea level rise.

In September thousands of people from across the UK descended on London as part of the ‘Peoples Walk for Wildlife‘, organised by Chris Packham. Packham’s aim was to make a big impact, and for the day at least I reckon he succeeded.

That is just a small flavour of 2018 which we will soon be wiping away, steaming ahead to 2019, the famed Brexit year. I have some exciting plans for the blog and for the podcast next year and I look forward to bringing you along with me. It could be a bumpy ride. As I wrote near the beginning I want to repeat my thanks to you my readers for sticking with thinkingcountry through the past year and I wish you a merry Christmas and a very happy, healthy and successful new year.

p.s. One of my favourite articles from this year was a piece by Xan Brooks published in the Guardian back in March. Brooks undertakes a literary analysis of the way we see villages and the countryside today.