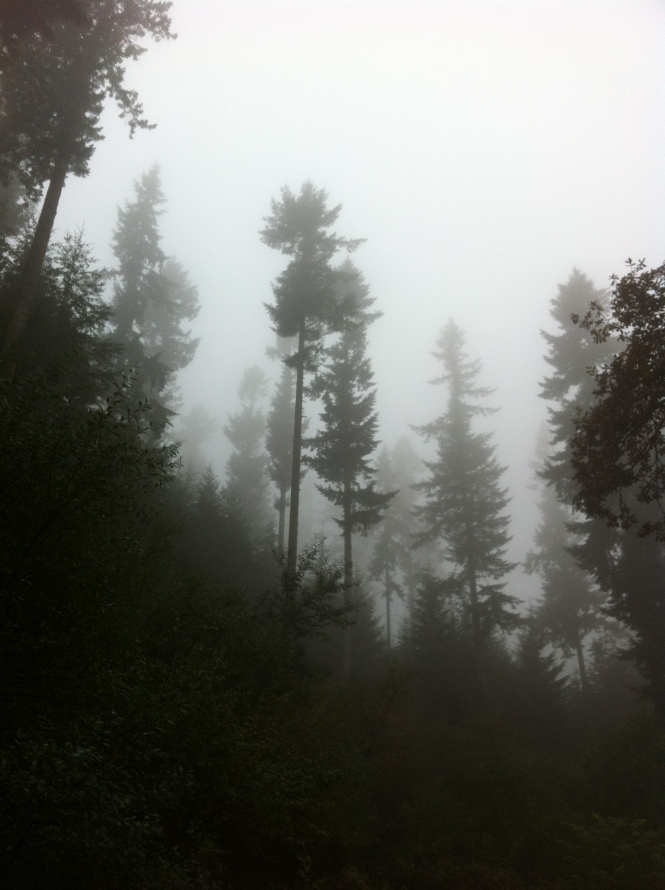 The mist enveloped the trees as I set out on a walk through Great Wood in the Quantocks. The autumnal environment of multi-coloured trees set the scene but this was augmented by conifers, established as part of this Forestry Commission mixed woodland. The trees stood tall and proud, pushing their way up through the misty layers. The plan was to walk from Adscombe to Crowcombe and to make the most of experiencing this short season in a wonderful part of the world. The Quantocks are within easy driving distance of Bristol and Bath and are often regarded as the gateway to Exmoor, although these rolling hills have their own unique identity and a rich literary history, through their connections to the works of Samuel Taylor Coleridge. From 1797 to 1798 he lived in a  cottage in Nether Stowey, which is now open to the public under the banner of the National Trust. He was heavily influenced by the landscape of the Quantocks and grew to know these hills well, often walking for long distances with his friend William Wordsworth. 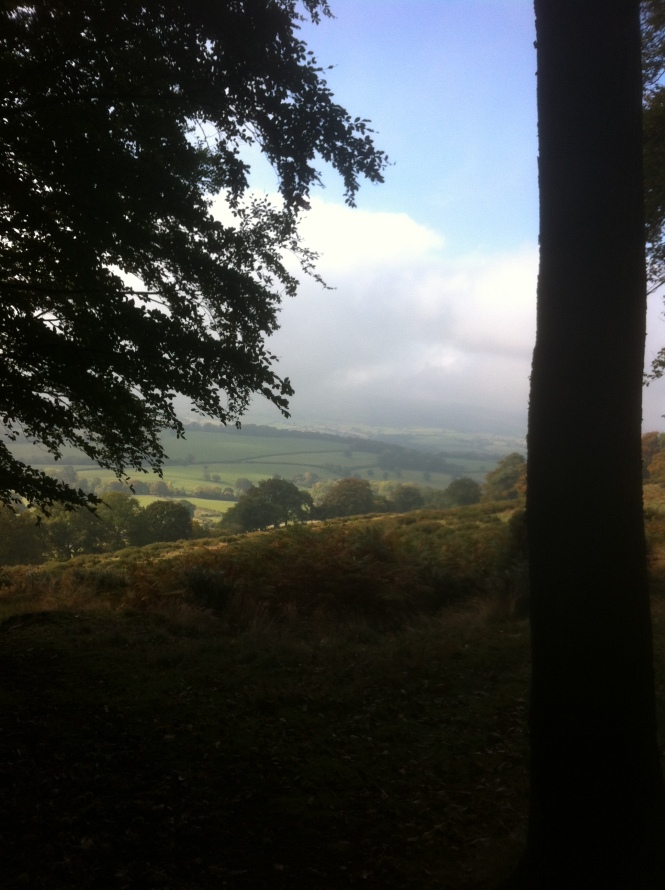 On the woodland edge the eye is met with beautiful vistas, the view stretching out across these soft and rolling hills, the fields bounded by neat hedgerows and oak trees dotting the landscape. As the beeches of the woodland gave way to the grazed pastures that make up the majority of this special place, we watched as dozens of pheasants flew from woodland to grassland back again, clearly spooked by the prospect of people. We descended the hill, passing through a field with a herd of Hereford and Angus cattle with their calves, then a pony and foal, some chickens and gardens and eventually made it down to the village of Crowcombe.

A hearty lunch at the Carew Arms satisfied the stomach. The pub obviously does well from walkers and people enjoying the area. A party of horse riders entered and contented themselves with consuming a couple of bottles of wine. An elderly gentleman sat opposite us, sipping his pint and heartily tucking into his chicken with mushroom sauce.

Buzzards abounded throughout the day and on the way back to the car I just managed to catch this shot of one passing over this field of suffolk sheep (on my camera phone as I sadly left my camera at home!). The mist had lifted by this point and the cold, crisp air attacked the face, albeit occasionally relieved by the autumn afternoon sunshine.

A place of literary inspiration for sure and an ancient landscape that continues to be shaped by the food industry. Sheep and cattle are part of the culture of this place for sure. Yet another landscape that policy makers should keep in their minds whilst constructing their vision for a post-Brexit countryside. The Quantocks are shaped by the National Trust, Forestry Commission and other smaller landowners. It is vital that support is continued to allow these landscapes to thrive in the future. Making places like this pay their way is difficult if management practices aren’t subsidised in some form. Tourism is a clear economic feature and opportunity for this area. However, it cannot shape the land by itself. Only farmers and other land managers can do that and they need a sustainable flow of money in order to carry out their work. If this doesn’t come from market forces then the nation will have to provide support in some other way.

2 thoughts on “Conserving the Quantocks after Brexit”