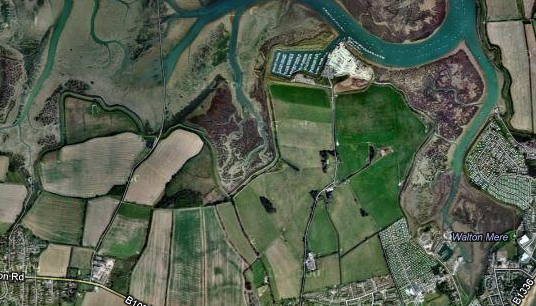 As I have often mentioned in previous blog posts my family farms low lying land on the Essex coast. It is a beautiful (if rapidly urbanising) part of the world but it certainly has it’s challenges, one of which is ensuring the future viability of our 3 miles of sea walls. In 2010 the Environment Agency breached a stretch of our sea wall to create an intertidal habitat and coastal lagoon on 15 hectares of our land. The land involved was previously rather poor grazing marsh which made little return and so the compensatory measures paid, along with the huge boost to local habitat, as a first class site for birds adjacent to the Hamford Water National Nature Reserve SSSI, Ramsar, SAC and SPA, made it (at least in my way of thinking) hugely worthwhile. We will of course have to make the land pay its way somehow after the payments end but critically it was a positive move.

Above: WWT film showing how the WWT and EA created new habitat at Steart Marshes on the Severn Estuary.

Coastal farming was the theme of this morning’s episode of the BBC’s Farming Today This Week. Coincidentally, my father David featured on the programme, talking about our sea buckthorn enterprise as a means of diversifying the main arable business in the light of coastal change and potential future pressures. In the episode presenter Sybil Ruscoe visited Steart Marshes on the Severn Estuary where the Environment Agency and the Wildfowl and Wetlands Trust (WWT) have created a wetland habitat by breaching the wall, similar to our project at Devereux Farm. Having watched the short film (above) about the Steart project and visited their website I certainly want to visit at some point. It appears from the episode that the project received a lot of support from the local villages which was often not the case with our own project in 2010. This highlights the importance of effective consultation and to break down barriers so that everyone fully understands what is going on. In my view there was a great amount of positive consultation by the Environment Agency regarding our project. The situation was such however (and I should point out that the project only received planning permission in the end for about 1/4 of the originally intended area) that a lot of local friction in relations was generated. 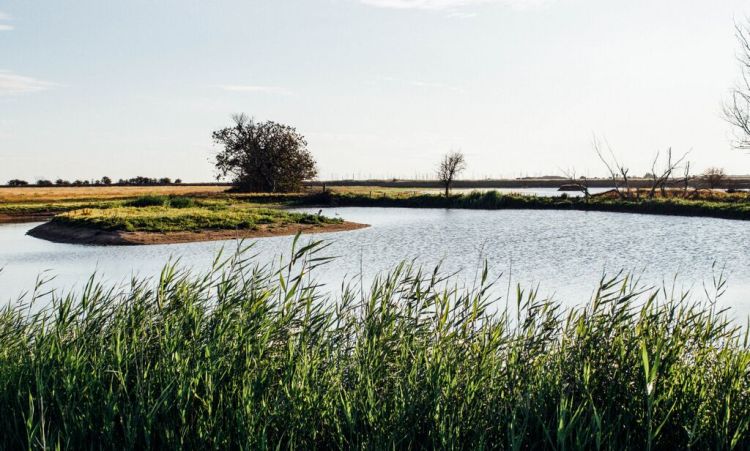 Above: 15ha of intertidal habitat and saline lagoon created as a result of breaching the sea wall at Devereux Farm, Essex in 2010. Copyright: Jasper Fell-Clarke

Coastlines are dynamic spaces but we often see them through rigid and defined lenses. As difficult as it is we need to learn to adapt to future change. Sometimes this will mean changing the way we use the land and relieving pressure by breaching some areas to allow us to build up defences in areas of greater priority. This is exactly what we plan to do with our Essex farmland, albeit on a local scale. In the Farming Today episode Sybil Ruscoe met some people from Fairbourne in Mid Wales, a village that will eventually be lost to rising sea levels when flood defences are no longer maintained. The spokesman for defending the village is, quite understandably, passionate about defending his village and maintaining the defences in the long term. However, he mentions a vital point and that is that there are countless communities across the country who face similar situations (my own work at the Naze tried to make  this clear) and resources are limited and will in all likelihood diminish in the future. This will take place as pressure on defences continues to increase. It is a difficult situation. However, as my father says in his interview, there’s absolutely no reason why we should be giving up the coastline wholeheartedly. Good, innovative management of defences is required. However, I think it is vital that landowners are given more flexibility when it comes to managing their own sea walls. There are an increasing number of landowner funded and run organisations dealing with coastal defence management. Examples include the group around the Wash in Norfolk and Lincolnshire interviewed in the Farming Today episode as well as the Essex Coast Organisation, of which our farm is a member. As climatic and financial pressures increase and diversify we need to be fully prepared for an uncertain future and coastal landowners need the security to invest in their businesses for the long term. This means giving them the powers to develop and implement their own coastal defence plans, albeit in consultation and partnership with local communities, the Environment Agency and other stakeholders.