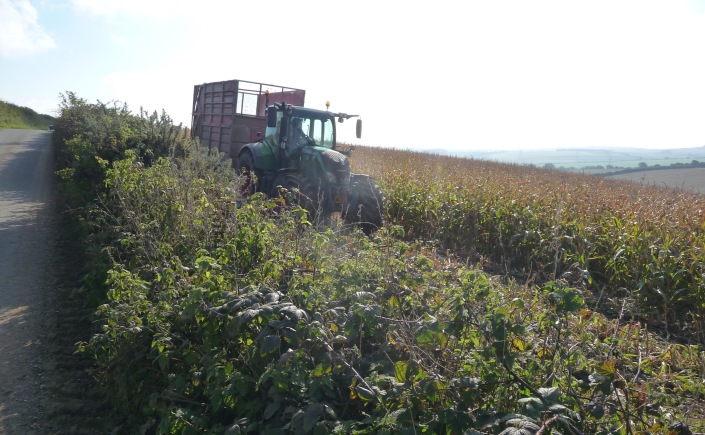 It’s finally 2017, and we can say goodbye to 2016 – what a year that was. Many may celebrate a new dawn breaking for Britain (or England anyway), while others will be very worried about future prospects for their families, businesses and our country.  While the uncertainty that lies before us has not diminished since June last year, it is now time to consider what good can be wrought from the momentous decision to leave the EU.

With this in mind, the charity I work for, People Need Nature, today publishes a report “A Pebble in the Pond”.  The report explores the background to food production and public support for farmers over the past 70 years  and how that support has affected other aspects of the countryside in England, especially nature. It identifies some of the problems of the current approach and makes a series of recommendations to change the way farmers and landowners are supported.

We suggest that landowners and farmers should be supported first and foremost to produce public goods – nature on farmland is a public good, while growing food is not. This may sound like it’s nonsense but public goods are defined according to a specific set of principles. A farmer’s capacity to sell their food in the market means that growing food, at least at the farm level, is not a public good.

We also believe that the balance between incentives and regulation has swayed too far towards the rights of private landowners in recent years. Cross Compliance is the set of rules that accompany farm payments from the European Union, but while these have created a massive bureaucratic burden for farmers, they have failed to deliver much if anything for nature. We argue in the report that any new farm support system must be based on regulations which protect nature and the environment. In particular, we suggest that all places in England which are nationally important for wildlife, should be protected as Sites of Special Scientific Interest. We also recommend a much greater application of the “polluter pays” principle, particularly for environmentally damaging crops such as Maize.

The report also highlights the broken state of the market for food – food producers often get very poor returns for their work, as food is so cheap at the point of purchase. This market failure also extends to nature and the environment; the costs to the environment, of producing food, are not included in the retail price. The report suggests that food should be priced according to the total costs of its production. This again may sound controversial when so many people are using foodbanks. But the two issues are not necessarily related – one is about the total cost of producing food, the other is more to do with people’s incomes. If we took that argument to its logical conclusion, we should get rid of all rules on food production, hygiene, animal welfare, disease prevention and human health, to focus solely on driving down the cost of food to as low a level as possible.

The report is short but explores a wide range of issues, as this is a complex area of policy.

4 thoughts on “Brexit: An opportunity to change how we support food, farming and nature – Guest Post by Miles King”