Apologies to the vegetarians amongst you, but this post focuses on a bird that has dominated dining tables at Christmas for decades. Why are Brits so obsessed with eating turkey on Christmas Day when it is rarely eaten at other times of the year? 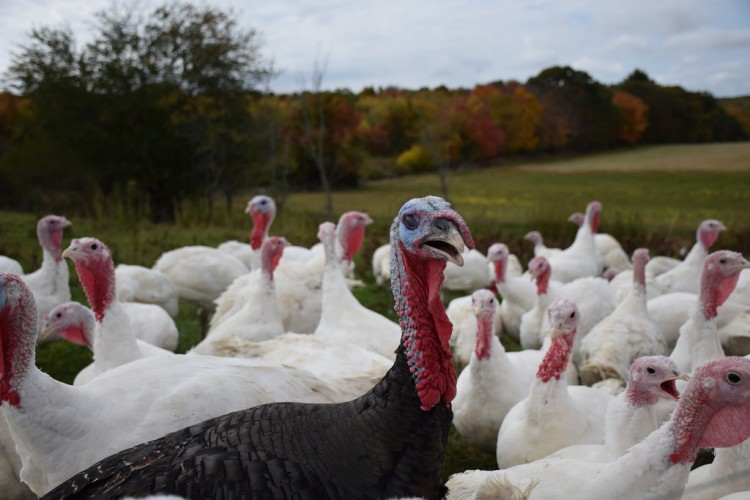 According to YouGov, families in Britain spent an average of £796 on Christmas festivities in 2015, principally on gifts, food and drink. Incidentally this has fallen from a high point in 2013 when the figure was £822. About £159 of this was spent on food and drink, with the ceremonial centrepiece – the bird – usually costing anything between £5 and £12 per kg. What is for sure is that we don’t hold back when it comes to celebrating Christmas (although we are a little more now than we have in the past).

Around 76% of British families will tuck in to turkey on Christmas Day.

However, this rather strange looking bird (when it is alive at any rate) hasn’t always graced our tables for the festive feast.

Turkeys first came to Britain in 1526 when William Strickland brought six birds back from America. Henry VIII was supposedly the first monarch to eat turkey on Christmas Day although this royal tradition was not picked up again until the Victorian age. Geese, peacocks, beef and boar were thought better, and more easily available, alternatives.

The Victorians popularised many of the traditions we now think of as being a part of Christmas. These include the Christmas tree, sending of Christmas cards and dressing the house with lots of decorations (it was traditional to dress houses from long before but the Victorians took it to a new scale – as with many other things that the Victorians did!). Edward VII is said to have enjoyed turkey for Christmas. For years however, turkeys were an expensive luxury.

It has only been since the 1950s, when it became more affordable principally thanks to American imports, that it has been popular on a wide scale.

Most turkeys are born in the spring. Depending on the rearing system the males are kept until around 20 weeks old, weighing up to 25kg, and the females about 10 weeks. Most breeding is carried out by artificial insemination, given the size of many modern birds.

Most turkeys (around 90%) are raised indoors on large scale farms such as those run by as Bernard Matthews. Up to 25,000 birds may be housed in a single building.

When turkeys are free range they have enough space to move about and for their muscles to fully develop. It is worth searching around for a turkey farm in your local area – there may be someone who keeps a few birds ready to make the most of the Christmas market. Don’t automatically head to the supermarket to buy your bird. To find your nearest turkey farm take a look at this page.

Personally, I am a big fan of turkey as a meat. Cooked well it can be succulent and due to its size it goes a long way. You will almost always have leftovers ready for Boxing Day lunch if you have a big turkey (generally my favourite meal of the year in our household).

However, we should not be shy of trying other things.

Last year, for example, we had goose (although this was mainly due to there being ‘issues’ with the turkey!) and I know this is a very popular alternative for many households. Others have beef, fish or sometimes even duck. Vegetarians of course opt for a completely different looking meal centrepiece, with loads of options available – take a look at this page from BBC Good Food.

In other parts of Europe they do things differently. In the Scandinavian countries, as well as Poland, it is usual to have fish, whereas many Germans will tuck into wild boar, or some kind of game. In Italy they have multiple interpretations of what denotes a Christmas meal and often tuck into six or seven courses.

Will Brits cast aside the turkey in the future? Who knows, but I would doubt it will be going anywhere in the short term.

If you are having something different for Christmas this year I’d love to hear about it below.