From day 14 to day 15 of my 20 days wild, the political landscape in the UK changed beyond recognition. In anticipation of what was clearly going to be a close result I went, on Thursday (day 14), to Brandon Hill, one of several green escape patches in the middle of Bristol, where I could think, contemplate the future and hope that I would be able to continue on the path I was then heading on, which was intimately connected to the EU both in terms of funding but also a rift of legislation encouraging my area of work. With chiff-chaffs and blackbirds singing away I could escape my day to day reality and hoped that the country would make the sensible choice on that oh so important day. 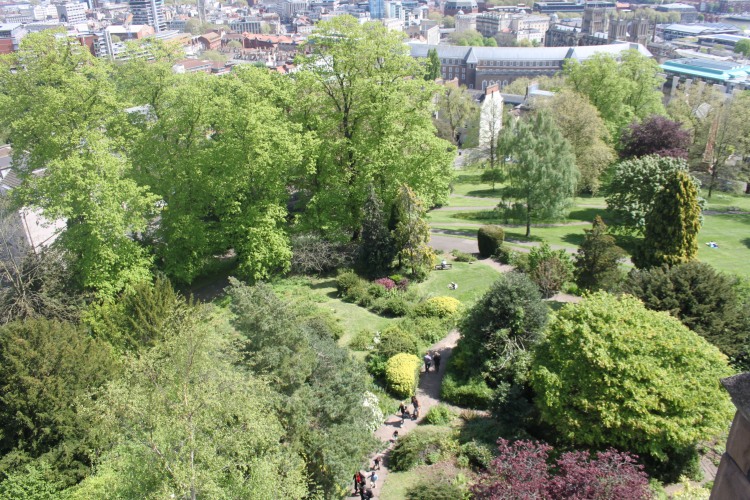 Sadly this was not to be the case and my ‘day 2015’ was spent in utter disbelief. My fellow countrymen and women (or at least 51.9% of them) had voted to leave the European Union. The political landscape was changed forever. We were plunged into uncertainty and on a personal level my future looked uncertain. We are however all in the same boat, and this became increasingly clear as I spoke to others about how the result might affect them. Dealing with this uncertainty is going to be tough for all of us. I am sure that we will get through it but my frustration lies in the fact that I cannot see why there was a need for it to happen in the first place.

Early in the morning I set off for Exmoor where I was aiming to spend a full day in the archives at the Holnicote estate, a welcome distraction where I could escape into the lives of others, researching past actions and landscape change. At lunchtime I headed to the beach at Porlock Weir, now a favourite spot of mine in north Exmoor. The sound of the waves crashing on the coastline enabled me to escape once again, although this time it was tainted with the frustration, anger, disbelief and concern I had carried over from thoughts embedded in my mind that morning, forged as a result of the nation’s decision. I shut my eyes and thought about the future. Powerless, I must now wait and watch the negotiations as they unfurl. The environment and wildlife, as voteless agents, are likely to be affected more than most other elements as regulation governing them have been, up until this point, so inherent within EU practice and governance. I hope for a future where protection continues and indeed intensifies. However, the realist in me is very concerned this will not be the case, as the Brexiteers tighten their grip on the political landscape.