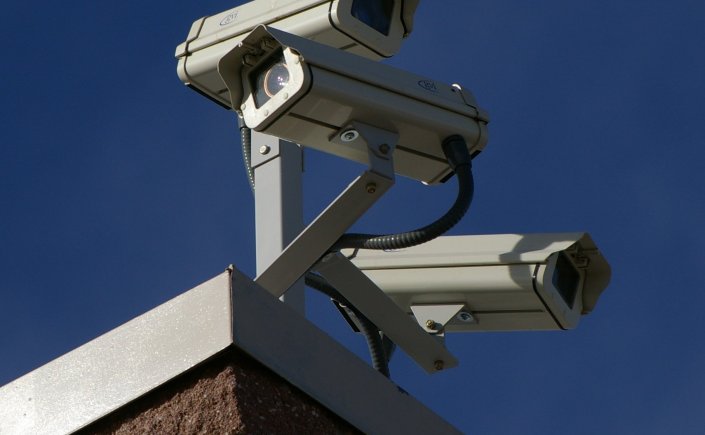 Last week I attended several events here at the University outside of my normal remit of study (although all related to my wider interests). The first was an evening lecture by Professor Richard Aldrich of Nottingham University on ‘the Future of Surveillance’, the second a lunchtime lecture from Steve Smith of the Climate Change Committee here in the UK on ‘Tackling Climate Change’ and the final event was a whole day conference on ‘Sustainable Cities’, focusing on my own home city of Bristol. Although seemingly separate events there were many common strands that ran through them; notably a concern for the enormous changes that my generation is likely to face over our lifetime. This is not necessarily a negative concern and many positives came to being in these three events, suggesting a cause for optimism. However, it is certain that we will live in a society where demographics and technology govern the agenda.

Richard Aldrich’s talk was enlightening for me as I have very little background or knowledge in information technology even though I seem to spend the majority of my time at the moment staring at a screen, typing away or browsing research material on the web. The scale of the spread of knowledge about and the possession and sale of, what was once upon a time, ‘private’ information  was astounding to hear about. The energy involved in collecting the information and the complexities in analysing that information is beyond belief. Informers are no longer spies and secret service men and women (although I am sure they still play a part) but the supermarkets, the online retailers, the bankers, the legal hackers, the everymen. Concealing information has become nearly impossible and many of us leave transparent identities all over the internet, particularly through social media. Even by writing this blog post you the reader, but many others besides, are gaining valuable information about who I am as a person and the kinds of ideals that I stand for; information that could be sold to the highest bidder, if indeed anyone was that interested in me, which is very unlikely! 1984 may have not come about explicitly but certainly society’s attitude to giving up information, for very little return, has proven a major shift in ethical thinking over the past couple of decades and is likely only to get more transparent. This will at least mean that governments will no longer have secrets; never a bad thing. Individuals may well lose increasing amounts of privacy but critically intimacy will remain; that special connection between individuals, an unquantifiable facet no matter how many attempts people may make to turn it into mere data which to process.  In conclusion I came out feeling uneasy about my position as a ‘global citizen’. So many companies have information about my every being but when it comes to it should I be worried about it? In the grand scheme of things, I think not. The gain in convenience I receive for giving that information out in about 80% of the cases means that I feel like it is better for ‘them’ to have that information than for me to keep hold of it. However, in some cases the convenience factor is not worth the information and I will take steps to retake that information from those companies I have less connection to.

I’ll now move on to the second event: the plan to tackle climate change. Most of the information covered during this lecture I had seen on previous published graphs, reports or indeed other lectures but Steve Smith’s event was different for me in the synthesis it provided and the simplicity of the message it preached. The various models that have been created were shown and the reasons for changes explained. The UK has a very ambitious target to reduce emissions by 80% below 1990 levels by 2050 (75% below 2010 levels). The most important thing to come away with was the clear understanding that whilst science may guide decision making it is ultimately a judgement based on value (if not values). The talk was optimistic yet realistic. Steve Smith explained how we were achieving our current carbon budgets and indeed exceeding the expectations but then, when you look at the wider socio-economic place in history you will realise that we have just exited one of the deepest recessions in decades and when the economy crashes you tend to see a fall in CO2 consumption patterns. Nevertheless, the trend is moving in the right direction, although we are going to have to start moving much more quickly as this decade moves on if we wish to achieve the next carbon budget and ultimately achieve the 80% cut by 2050, a year that seems very distant but will come soon enough.

Time is an amazing concept. It is fluid and seems to move at different rates for different people, depending on actions. I am no physicist (evidently!) but I see time as principally historical time (being an historian this is again unsurprising!). The sustainability coference was then, for me, an opener because it, along with Steve Smith’s climate change lecture, helped me to map out the phases that I may well see over my lifetime in terms of global change but also in terms of local change, design, architecture, land management and technology among others. The conference, run by the Bristol Futures Forum, was a fantastic event, superb for networking and enlightening to be presented with so many successful and exciting community projects right on my doorstep. I love volunteering and running my university conservation group has been highly rewarding but I was slightly saddened to realise that I could never get involved with all the things that I wanted to get involved with. I have made a few decisions however and will use my time wisely. That’s all we can really do. There were speakers from The Schumacher Institute for Sustainable Systems, Foodcycle, the Cabot Institute, the Severn Project, Bristol Architecture Centre, The Gleaning Network (superb organisation which I urge you to research and get involved with if you are in the UK) and the Blue Finger Project among many others. I came away feeling very inspired if saddened also about the growing realisation that many people simply don’t care about these matters. The reality is thankfully that infrastructure and systems are set to change. Business will follow and the consumer after that. I would prefer to see an inverse change led by the people, constructing a system and business being made to follow but so long as we reach a sustainable future the means is, I think, less important.

Three events all pointing to an uncertain future, albeit one that is inspiring, full of opportunity and our’s to shape.