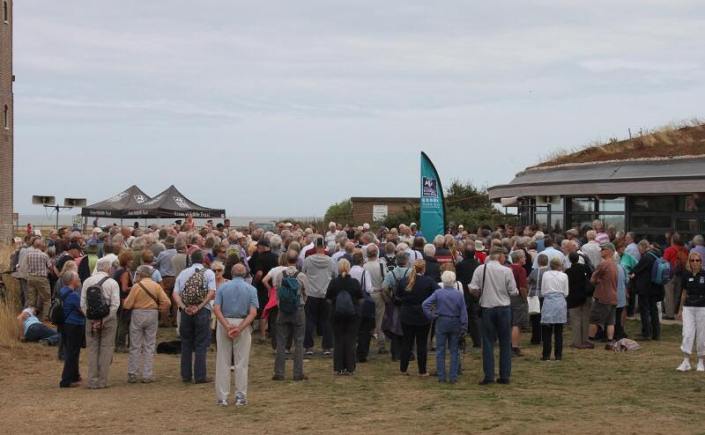 This is a short post to say thank you to everyone at Essex Wildlife Trust for making the AGM at the Naze on Saturday such a super day. The centre looked splendid and the sun shone as if seeming to give its own congratulations to what has been a long and sometimes difficult project, yet one that is completely worthwhile. The morning was spent in the marquee, which was one of the nicest tents I have ever been in, listening to successes of the previous year and speeches from the (newish) CEO Andrew Impey and Nicholas Crane, who opened the centre in style at 2pm. After the formalities I helped the guided walks team to give visitors tours of the Naze which was highly enjoyable. The rain which had threatened in the forecast failed to come to fruition and we were able to walk all over the site, taking in the woodland, grassland and beaches. The only down side was that the tide didn’t allow for a dedicated shark tooth search! Thank you once again to everyone who was involved. Thank you also to everybody who bought a copy of my book!