I was driving down the long trackway from Duart Castle, home to the Clan MaClean  on the Isle of Mull, when Holly, who was sitting in the passenger seat, suddenly called out, pointing to the sky. I stopped the car and grabbed the binoculars. The excitement was palpable as we both realised it was a golden eagle, my first sighting of this glorious bird of prey in the wild. Unfortunately it was soaring too high in the sky to get a good photograph, although I’m still certainly counting it! The trafficless road meant that we could trundle along slowly, as the stunning raptor flew above us. It seemed to get higher and higher and eventually we had to succumb to the reality that we weren’t going to get a better view than this. Nonetheless, it was an experience I will never forget. We were on our way to Fishnish to catch the ferry off the island at the time so it was a fitting end to our time on Mull.

Duart Castle on the Isle of Mull, from a distance.

This experience was just one of many memorable moments from my recent Scottish adventure. As a rather typical southerner, before last week I was yet to travel further north than Edinburgh and the Firth of Forth. It was high time that this was put to rights and so I traveled north with my girlfriend Holly to explore a small part of western Scotland, specifically the area north of the Trossachs, the Isle of Mull, Iona and around Loch Linnhe. So far as Scotland goes there is still much to explore and I look forward to many future journeys through the highlands and isles. To describe this particular trip as a northern adventure isn’t entirely accurate as there remained a good deal of ‘north’ as we returned from our final days that were spent in Glencoe.

I left Birdfair (see my previous post) on the Sunday afternoon, driving north (via Stoke) and aiming to reach our destination for the evening, mid Lanarkshire, by  the time the sun set. I had already experienced erecting my tent in the dark on Friday evening at Rutland Water and didn’t want to repeat the experience if I could avoid it. 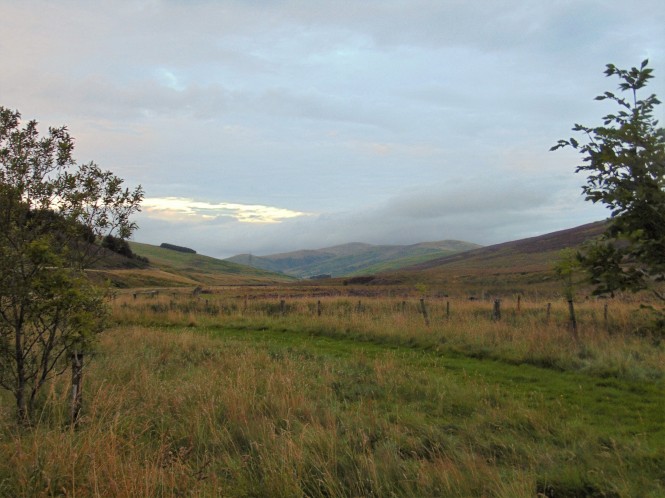 Tennyson wrote in his poem of the swallow that ”bright and fierce and fickle is the South and  dark and true and tender is the North”. Of course, he was not a northerner himself, being an east midlander (Lincolnshire) by birth and spending much of his life in either Cambridge, London or the Isle of Wight. Nonetheless, I think that his words emanate with popular consciousness of the place today for northerners or many southerners alike, as they have for much of the time since he wrote them in 1847. It is certainly difficult not to romanticise the place, perhaps especially when you are heading through the landscape ‘on holiday’. As somebody who grew up with Essex marshes and big skies, the north fascinates and excites me as a place that is very largely foreign to my consciousness of personal experience. I feel at one with it, even if I do not understand it fully, as anybody finds it difficult to understand a place they have not grown up with or known for a long time. Nonetheless, for me, ‘the north’ remains ‘true and tender’, even if I’m not sure what it is remaining true towards. Perhaps it is a truth towards cultural landscape, sustaining a pride in the way such landscape continues to shape the way in which we see the region.

If ‘the north’ is ‘dark, true and tender’ then Scotland is ‘bold, rugged and illuminating’, and yet truth also seems to reflect the essence of place here, in my mind anyway. I have had to respond rapidly to these landscapes, generally foreign to my own personal paradigm and I recognise that my experience is very different to the people who have known the country all of their lives. Nonetheless, I fell under its dramatic spell, which seemed to perspire a hint of melancholy; although that could have been the accompaniment to the journey from BBC Radio nan Gàidheal, one of the few stations for which you can receive fair signal.

Monday morning offered a hint of the stress that I had been trying to escape from as we found ourselves rushing to catch the car ferry from Oban. The reality of 21st Century Scotland was clearly apparent with traffic jams rampant around the Glasgow circular. On escaping the main trunkway relief was unfortunately soon replaced by rising blood pressure once again as we met the multiple caravans and campavans making their way slowly through the Trossachs, seemingly on their way to nowhere in particular. Comparing western Scotland to Exmoor, the place where I have happily spent much of my summer this year, is difficult, but this certainly drew similarities in my head, thinking of the number of times I have been caught behind something on the A39, heading down to Porlock. Thankfully we caught the ferry from Oban with minutes to spare. We were on our way to the Isle of Mull, famously home to the white tailed eagles that I was keen to spot.

Camping for the duration of our time on the island we were able to pitch our tent right on the waterside, looking out towards the south west coast of Lismore in the north east and the western banks of Loch Linnhe to the north west. Being Scotland, the weather was highly changeable but generally speaking we were incredibly fortunate and were able to experience some beautiful skies, especially at sunset. 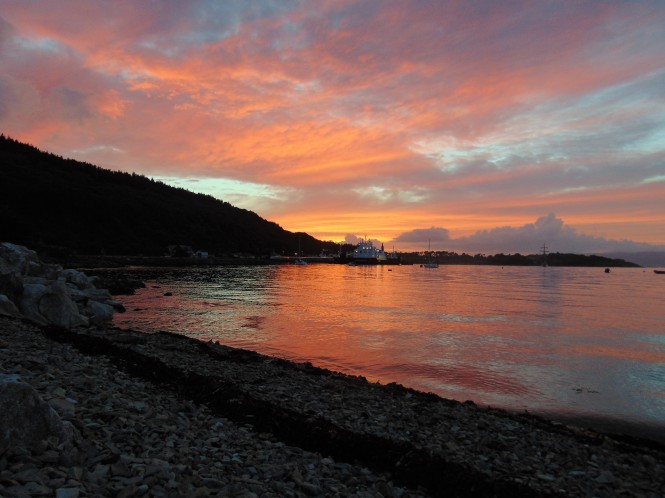 The beach at Craignure

The sea was teeming with little jellyfish, mostly Aurelia aurita, and was beautifully clear (if bitterly cold!). When we caught the ferry on our way off Mull at the end of our time there we also caught sight of a Lion’s Mane jellyfish (Cyanea capillata) – an incredible animal.

Lion’s Mane Jellyfish (not my image sadly! – from wikipedia)

Jelly caught on the rocks.

A highlight of the trip was an excursion to the sacred Isle of Iona, just off the far south west coast of Mull. It is a small island, just 1.5 miles wide and 3 miles long with about 120 permanent residents. However, it is usually one of the busiest places in the inner hebrides due to the 130,000 visitors who come to the island every year, mostly drawn by its history as a ‘cradle of Christianity’ in Scotland. St Columba first arrived on Mull in AD563 and founded a Christian community on the isle, aiming to build a new Jerusalem in western Scotland. Despite repeated Viking raids the original monastery survived until the 12th Century. Around 1200 a Benedictine Abbey was founded on the site and pilgrimage to the site has continued to this day, despite the Protestant Reformation of 1560. There remains an active community within the Abbey following a reestablishment of residential teaching and worship in 1938. When we were on the island the weather was fairly dreek and even with the hundreds of tourists who were on the island the feeling of isolation was tangible. It triggered a moment of self reflection which enhanced the experience immeasurably.

Looking from Iona towards Mull.

Another incredible moment (although as I was driving at the time it was perhaps not quite as special as it might have been otherwise) happened quite early on during our Mull adventure. We were on our way north to Tobermory to collect some supplies on the first day when a great bird with white tail feathers swooped across the sky. There it was! The white tailed eagle (Haliaeetus albicilla). What a bird! It was glorious to see it up here, a true lord of the skies.

The rest of our trip was filled with walks, talks and wildlife watching – brilliant to be away from the computer for an extended period of time. Holidays help to relieve stress regardless. After all, you are taking dedicated time off to relax. However, I believe that what truly helps, and certainly helped in this case, is getting away from computer technology, that seeming necessity for the majority of us today; and yet we lived perfectly happily without it for centuries. I’m perhaps romanticising here, but my experience over the past ten days reminded me how important it is to put the computer away and experience life outdoors to the fullest amount of time. My next trip to Scotland cannot come soon enough. Life is too short to discover everything we would like to see but we can and should at least make the most of it while we can. 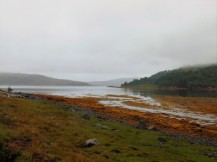 2 thoughts on “We have no time to stand and stare”