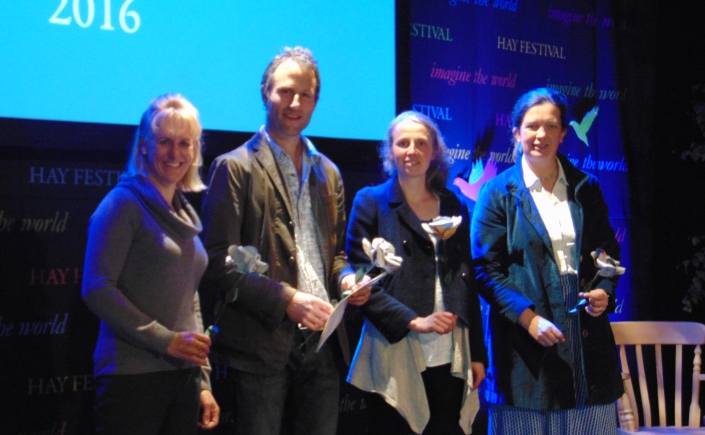 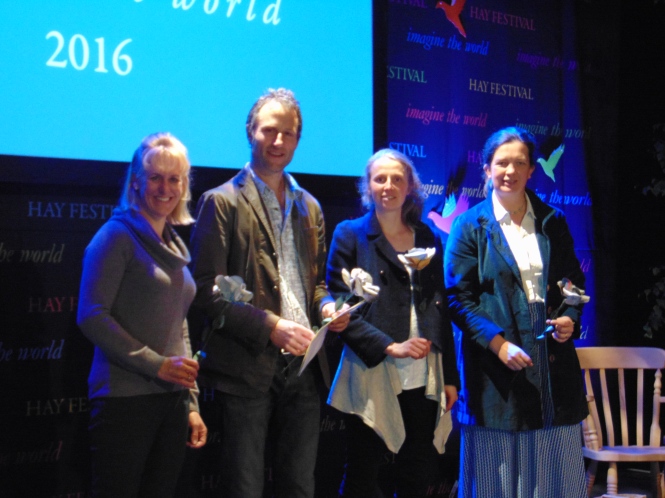 Yesterday I returned to the Cotswolds after a sojourn to the Black Mountains and the Hay Festival (and an unfortunate brief stop on the A417 as a result of car problems). The occasion was to attend rural commentator Rob Yorke‘s discussion panel event at Hay which was themed around ‘rewilding’ (quite a popular subject for this blog now). Rob and I share much common ground when it comes to our agendas. We both seek consensus in our own ways and see the value in bringing conservationists, farmers and other rural practitioners together to discuss contemporary issues such as, in this case, rewilding. For the Hay event Rob brought together the NFU‘s Minette Batters, Sophie Wynne-Jones from Bangor University and Julia Aglionby, a chartered surveyor who specialises in common land issues and who is also the Executive Director of the Foundation for Common Land. It was clear that the three panelists did not see rewilding in the same way (who does for that matter?) but they were able to offer their unique perspectives in conjunction with engaging with several questions and nuanced points raised from the audience. My key frustration, as I think it was for Rob, was that we only had an hour to discuss such a broad subject. Perhaps if there was a longer time available I would have been more vocal than I was in reality (I was still able to squeeze in a question at the beginning and a point of information near the end) but I knew how many questions Rob wanted to put to the panel so I remained well behaved!

Before delving into the detail of the Hay discussion, some words must be written about my first experience of the Black Mountains, where I stayed with my girlfriend Holly on Wednesday evening, at the very kind and superb hospitality of the Yorke household. Whilst remaining surprisingly accessible from Bristol from where we had driven and the urban fringe of South Wales, the Black Mountains offer a hint of sublime landscape where one can brush away the cobwebs of reality (at least one can as an outsider). The hill range is made up of old red sandstone, is part of the Brecon Beacons National Park and forms a boundary with the county of Herefordshire. Waun Fach is the highest peak in the area, standing at 811m. 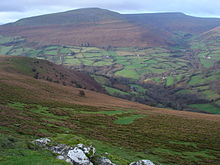 I regret not allowing ourselves to spend more time in the area as there was little time to explore before heading off to Hay on Thursday morning. I certainly hope to return to get to know these hills, even a little. My main thoughts to take way included an observation that the birds calling through the skies and hedges were far more diverse and numerous than in places where I have come from. One could experience the essence of the place without even opening one’s eyes. Another key thought was how inspirational the setting was from a writer’s perspective. It is little wonder Rob finds inspiration in this place to pen his opinions, which he does from a highly characterful office at the bottom of the garden, adjacent to an original barn, once part of the ancient farm that once stood on the site.

I left for Hay on the Thursday morning, relatively reluctantly as it was such a beautiful place, but I was excited to see how Rob’s event would unfurl. Bringing together who some would see as ‘opposing’ sides, to generate a speaking event that has defined purpose and utility, is a surprisingly difficult task but there are great potential benefits from doing so. As already mentioned I think the event was a success overall, although there is far more work to be done in terms of engaging diverse groups to see each-other not as opponents or necessary evils but as colleagues who share similar end goals. 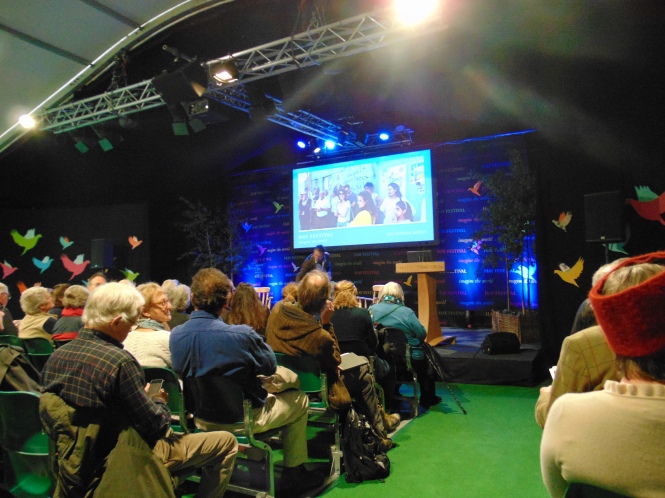 In his introduction to the subject Rob presented rewilding in the light of an agenda that is complex, diverse, ‘funky’ and forward moving. He made it clear that the point of the event was not to allow for polemics but to engage everyone present in a ‘conversation’. It is necessary I think, especially at this relatively early stage in the rewilding journey, to allow for diverse views to come to the forefront and for any potential concerns to be addressed through an open framework. Rob suggested that we could search for common ground (I feel that if he had been a panelist rather than a chair he would have presented the argument for this with flair) and this was largely welcomed by both panel and audience, which was encouraging to see.

Following personal introductions from Minette, Sophie and Julia, the rewilding exploration began at full throttle and wound its way through a maze of different topics. Some of the key questions (asked by both RY and the audience included the following:

As you can see from the questions above there was much ground covered in the short amount of time available. When it came to answers there was a similar diversity in terms of responses. Minette Batters was, perhaps unsurprisingly and in true NFU style, rather defensive when it came to defending the status quo. Whilst I completely agree that we need to recognise that many farmers do a lot of good work when it comes to nature conservation we must also accept that some practices that go on, such as overgrazing, are fundamentally a bad thing for biodiversity and for generating a landscape that both people and nature benefit from. Some key points to take away from what she said however (my comments in italics):

Part of me wishes that Minette was speaking as an individual, and a farmer, not an NFU representative. I struggle to believe that everything she said would have been said if she was present in an individual capacity. In an ideal world (and I spoke to Rob about this before and after the event) we would engage in a discussion ‘without labels’ to figure out what everyone actually believes behind the cushion of their affiliated organisation which restricts what they can say. The beauty of doing what Rob and I do is that we are free to speak our minds and to move in complex directions. Those who do not engage in the debate as individuals but on behalf of institutions do not usually have this freedom.

Julia offered an alternative perspective to that often experienced at such panel events. Although she has several hats that she could wear, she spoke from the view of commoners. Commoning provides a complex system of land management but one that shares common ground between individuals (literally!). Throwing rewilding into the commoning debate provides an opportunity to engage large numbers of people who actually work the land (as opposed to those who just talk – or write – about it) and who have the capacity to experiment with rewilding in practice. Julia raised an interesting point in that the definition of ‘wildness’ often depends on who is asking the question. Wildness is relative, as suggested by Paul Jepson and Frans Scheper’s recent policy briefing. Similarly, Julia did not believe that a definition of rewilding is useful at all (something that there was great consensus on). It varies enormously depending on place, project and species although there may be certain key elements common to all. We will have to wait and see what those common elements are to a certain extent as a greater number of projects are kick started over the coming decades.

Sophie Wynne-Jones raised a number of useful points but the key one that stuck in my head was this real need for working together. Listening to each other will be key and observing different practices if rewilding projects are to be supported and beneficial ecologically and economically moving forward. I felt she offered a more nuanced approach to the subject than the other panelists although everyone present had useful points to add to the debate. Sophie was also keen to illustrate points with existing ‘rewilding’ examples, such as the Knepp estate project in Sussex and Pontbren in Wales (the latter not strictly speaking a ‘rewilding project’ but one where farmers have come together to change the landscape for both wildlife and local economic benefit).

The more rewilding debates and events I attend the more I think that what is really required is for us to just get on and ‘do stuff’. Practical examples are required but this will mean providing a policy and economic framework so that landowners can experiment with rewilding. Partnerships should be drawn up between ecologists, landowners, government agents and others, rather like at Knepp, to experiment with building rewilding projects from scratch. Rewilding should not simply be dismissed (as it seems apparent that the NFU would like to do) but neither should it be seen as the be all and end all. There is great benefit in existing nature protection legislation and programmes that are going on across Europe and the UK. Good work should continue. However, there should be scope for doing new things as well, taking risks. Conversations such as that at Hay need to take place. There need to be more of them and more people need to be engaged in the conversation. The fear factor must be discouraged and frankness/openness encouraged.

Many thanks must go to Rob for organising the event and for the Hay Festival for hosting it.